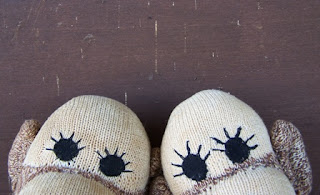 When I was a little girl I was crazy about stuffed animals..... oh, I had a couple of baby dolls here and there, but they were never played with very much and always got left behind on the shelf in favor of some stuffed critter.
Many years ago when sock monkeys first became popular, my grandmother (or Mammaw, as I called her) made one for me. Well, not only for me, but she also made one for each of her other grandchildren, who are more like sisters and brothers to me instead of cousins.
(But I was her favorite. I know this because she made a hat for my monkey. *grin*)
My sock monkey was named JoJo... I don't remember exactly how JoJo got his name, or even why he was a "he", but for some reason I want to think my grandfather (Pappaw) had something to do with it.
(Pappaw felt like it was his purpose in life to give everything a silly name.)
But it didn't matter; he was JoJo, and he was my new best friend. He went everywhere I went.
Even if I was playing with another toy, JoJo was not far from my side.
Maybe it was because Mammaw was pleasantly surprised at how much I loved JoJo- or it could have been that she thought JoJo wouldn't survive being played with so much- but whatever the reason she soon made another one for me.
This one was called LuLu. (Once again, I can't take credit for the name....)
LuLu was a "she" because she had longer eyelashes and a nose. And her hat was prettier than JoJo's. Right away we all became instant pals and LuLu tagged along with me n' JoJo where ever we went.

A few weeks ago I came across a very cute sock monkey pattern on a website I was visiting, and immediately memories of JoJo and LuLu started flooding back. But my heart was heavy because I had forgotten about my old friends for all these years, and now I didn't have a clue what had happened to them. Surely they hadn't been thrown away.... but after a thorough search of every box in each closet of our house, they were nowhere to be found. Mother and Mammaw are both gone now so there was no one I could ask... I thought about asking Dad about them, but his memory isn't what it used to be and I was afraid if I asked him if he'd seen JoJo and LuLu lately, he would think I needed a little vacation in the nut house.
The next time I was at Dad's house, however, I went straight to my old bedroom and opened up the closet. I started digging in some very old cardboard boxes... and then I saw it.
It was JoJo's head!
I grabbed and pulled and held my breath- and amazingly he was all there in one piece! But LuLu was not there..... not in that closet or the next one I looked in. Disappointed, I thought of only one other place she could be- in the old toy box that was still in the spare bedroom. I opened up the lid and started digging my way to the bottom..... and caught a glimpse of those eyelashes! It was her! 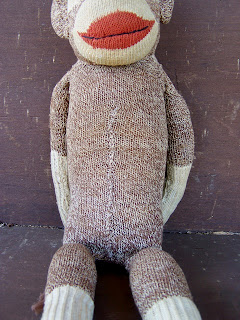 At first I was a little sad at the sight of JoJo- he was "well-loved" and has the scars to prove it. He's very dirty, his tail is gone, and I had forgotten all about his "open heart surgery" scar where Mother had to sew him back up once after the family dog got a hold of him.


And the years haven't been kind to LuLu either-
somewhere along the way she not only lost her tail but also her hat.


JoJo and LuLu now sit on a shelf in my sewing room where I can see them,
and every now and then I can't help but smile and give them a hug.
Because after almost 35 years apart-
JoJo waiting patiently on a shelf in a dark closet and LuLu at the bottom of a lonely toy box-
they are finally together again.
And more importantly, we are together again. 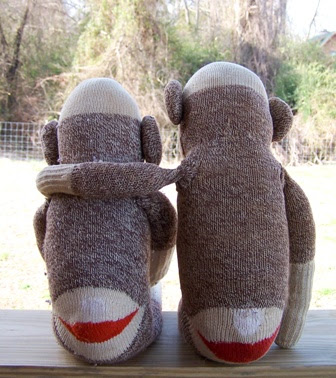 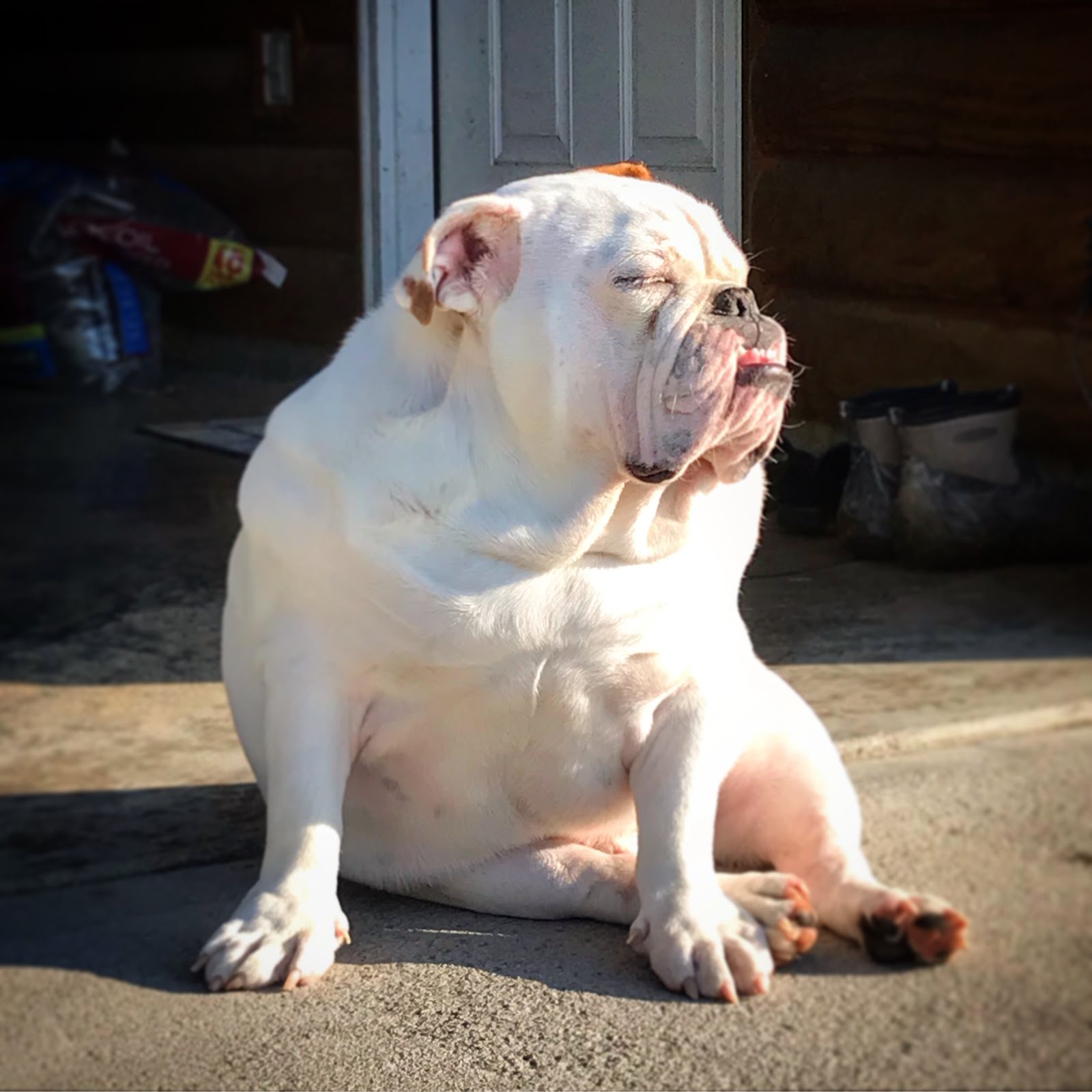